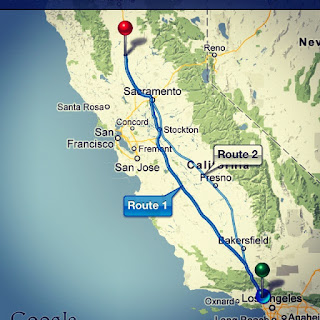 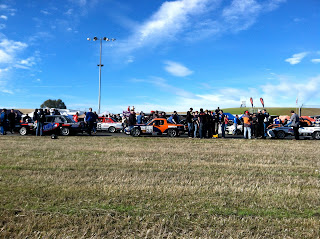 After my last post on offseason, you're probably thinking WTF with the title of this blog! Don't worry, my offseason is still in full swing and it is not I who is racing this weekend. In fact, I get to enjoy more of a "vacation" weekend for the next several days.

It's the beginning of December and that means one thing: The 25 Hours of Thunderhill. If you recall, John is a race car driver (yea, triathlon is his second hobby - talk about time management), and he and his bro own/operate a race team in which they're also both the main drivers. This weekend is their A race: a 25 hour car race around a course that's just shy of 3 miles in length, full of rolling hills and lots of fun. (There are two other guys who will be driving with them and their shifts will be anywhere from 2-4hrs I believe.)

I went to the race last year, but just for the weekend. This year I'm leaving earlier with the whole crew thanks to a work schedule I was able to tweak.

It's a very unique experience to witness a race like this, even as someone who comes from a racing family. It's a special environment...

The race track is located in the middle of nowhere just outside of Chico in an area with lots of vacant rolling hills. This time of year it's cold, as you can imagine. Like real cold, not SoCal cold. The cell service is sketchy, and internet is pretty much non-existent. For a phone/computer addict like me, this scares me, but it's also quite refreshing. It's all good though because I'll have my hands tied anyways, as I get to play co-team chef with John's sister. The team is quite large (at least 10 I think?) and it's a job cookin for them all! Did it last year. The highlight is not doing dishes in a giant camping-style sink in 30-something degree weather with hands so cold you can't feel them.

Speaking of cold, we're sleeping in an RV on the track and there's one place to shower in this cold, concrete building and getting a hot shower is not likely. For me, that = I'll really be roughin it (or sucking it up and taking an icy one). Brrrr. Good practice in toughening up for the cold triathlon swims I'll face next year? (

Besides cooking, I won't lie: I will be doing a few workouts. I remember last year having some of the most memorable runs ever out on the open roads and trails in the area. So if I do get in some sessions it will be for the pure enjoyment of it! John said we can even run on the track one night before the race commences. Fun!

Then as of Saturday afternoon it's all business. That's when the race starts - and then they don't finish until, you guessed it, 25 hours later on Sunday afternoon! It's a trip to just be used to the sound of cars racing around, but it's a bigger trip when they all finally stop and it's silent.