This was a good experience. I not only wanted to test a bit of the physical but also the mental today, i.e. the new me. 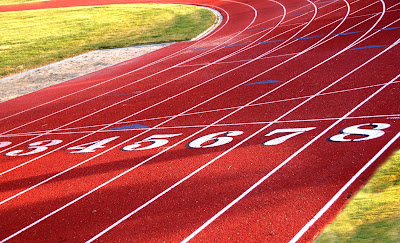 On the agenda was a MAF Test! I'm not starting to train for anything in particular at all, but I've been wanting to get back to a running/workout routine and with my data-oriented n=1 brain, I feel it's only appropriate to measure my current baseline and then see what I can do with it. This is also something I want to keep very public so people can follow along with me. I've had a couple weeks back at some running, and by this I mean ~3 runs a week of ~3-4 miles with walking to control effort. Last weekend was a "big day" of 7 slow miles. Crosstraining too (bikram yoga, SUP, surf, walking).

I was actually really excited to get the baseline data with where I'm at. When I started true MAF training last time I already had a pretty good fitness base right out of the gates so I had decent MAF results right away (mile pace in the high 7's / low 8's). But now? My endurance conditioning is complete crap, I'm really not exaggerating. I don't remember the last time I felt this out of sport-specific shape. BUT I don't mind whatsoever, in fact that's what makes this so fun. The past is the past. This is now. I'm starting from scratch and get to see how I progress following the MAF Method the way it's supposed to be done. I'm starting from scratch like so many people who take on MAF for the first time and are humbled by what they see. Well, I guess in my case I knew my numbers were going to be a far cry from the old me, and I was fully prepared, excited and ready to face reality....

John was out of town so that made it really easy to have an incredibly mellow and healthy Friday night with the test planned for Saturday morning. Was in bed and asleep by 9:30 p.m. Whenever I feel this awesome I tend to wake up early and am ready to charge, so I was up by 5 a.m. Hung out for a while, did a little work, had ~4 oz cold brew and a Primal Kitchens Dark Chocolate Almond Bar; didn't feel the need/desire to eat any more than that, nor did I want to run fasted. I'm in the first part of my cycle (follicular phase), which is when I tend to feel my best so at least that was working in my favor (if it had been pre-menstruation, no way, I'm junk).

Got the the track and started my warmup at 7:15 a.m. From there, here's what went down:

Actually, better than I expected! Remember: This is the present, not the past.

It was overcast and cooler than it's been lately, but still really humid so I was sweating like a boss by about halfway in. I drank a total of 16 oz water, most of it post-test (wasn't thirsty during and didn't have any during). I weighed pre and post (for test purposes!) and only lost 1 pound, so not even a full 1% loss of body mass. Speaking of weight, I am a teeny bit heavier right now than my past weights and I don't care because I'm very healthy and happy, but I'm sure the little extra weight factors in. I am not looking to lose weight at all for the record.

Interestingly this is about 20 seconds slower than my Boston pace this year, so I guess my fitness is still about the same from then despite having done nothing lately? As Maffetone says, your marathon pace ideally is about 10-20 seconds faster than MAF pace (15 seconds faster on average). So this lines up. With the health things I've overcome & beat this year, shutting down training even before Boston took place, then of course recently "letting loose" and partying, I guess I'm impressed? Who knows, I'm not reading into it. I was thinking this test was going to be easily 10:30-11:00+ miles AND painful due to lack of miles in my legs, neither of which were the case. So that's a win in my book. That's also why I love MAF, even with low mileage coming into this, running 7 miles didn't feel overly aggressive and was super gentle and comfortable.

On that 4th mile being faster: I think it was because I was playing around with technique--I adopted more of a forward lean and it was clicking. By mile 5 though, I think the lack of overall fitness especially muscular strength/endurance was starting to set in, and my body was starting to say, "we're wrapping up for the day." Ha.

The best was afterwards when the track coach stopped me to ask a million questions on what the heck I was doing. He could tell I was in the zone, but really, who runs 7 "slow" miles on the track at a steady rate? (Meanwhile the weekend crew doing crazy sprints and all the tracky workouts.) So I explained, and I think he was impressed. Hehe.

The only issue--next time I need to plan a better playlist going into it instead of jacking around with my phone to find good tunes ;)