Progress is being made: I can bike again pain-free. Still no green light to run yet... patience. Last week I logged in a couple short "test" trainer sessions, then an extra special Saturday ride. I had a little escape to san diego planned so of course the bike was coming. Early Sat we got in a mellow coastal spin of about 35-40 miles (La Jolla to Carlsbad and back, including Torrey). Most the ride was spent chatting it up and the knee felt close to normal; however, the sad thing--my RPE was pretty high but mph were pathetically low. Sigh. My endurance bites right now. Just will take a lot of work to build it back up!

After the bike I did something I haven't done in ages... laid out at a pool with margaritas. Nice to relax and indulge with sugary sin. 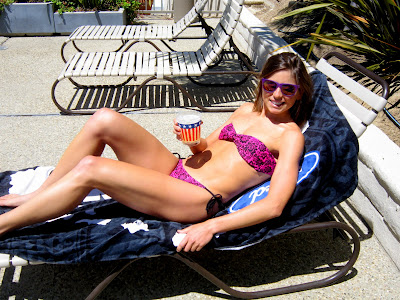 The margarita-maker said the drinks weren't strong. I think he was BSing. But I am a total lightweight, and he, on the other hand, can knock 'em back then go set a PR or do some crazy physical feat (seriously, alcohol seems to enhance his performance). Thankfully a good dinner followed that included a little of this... 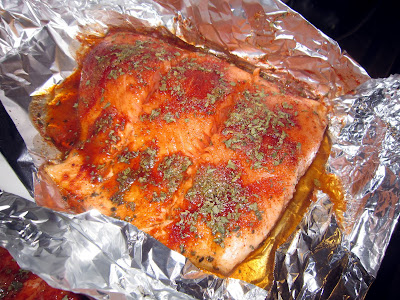 I never get sick of salmon. And this was caught by the host himself in Alaska. Doesn't get any better! Yum.

Sunday followed with a much-needed beach day and a day off from "real" exercise. After beach/surf fun I took a two-hour nap. Then I went shopping and for the first time in probably two years, I bought non-exercise-related clothing. I hate shopping. But I also hate raggedy clothes. I need a personal shopper. 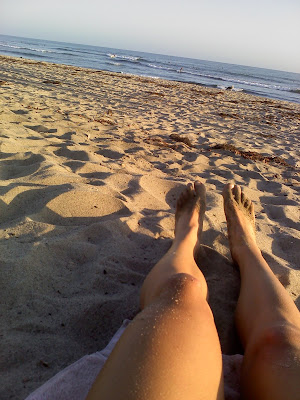 The reason I even blog about a weekend like this is because they're rare in my world....

1) I'm NOT the lounge-around-at-the-pool-with-a-drink type. That would get BORING fast! But I have to keep reminding myself this is my offseason and I can afford the rest instead of more miles on the bike and a t-run.

2) Normally my weekends end by Sunday afternoon at which point I head to the computer for work. I have multiple Monday deadlines for newspapers and coaching, and for several reasons I often can't get it all done by Friday so weekend it is! Really, I don't mind because on the other hand I make my own schedule so that includes a lot of weekday exercise/activity anytime between 8 a.m.-5 p.m. when most others are in an office. One of my favs: Monday mid-morning yoga then noon masters in the sunshine.

Good news is I get to be a slacker later this week/weekend too, as long as I get my ish done now... more to come soon.
Posted by Tawnee Prazak, M.S., CSCS at 4:27 PM