Portland... Beyond the Triathlon

Before this trip is just a distant memory, how about a glimpse into Portland, the non-triathlon part of the trip. 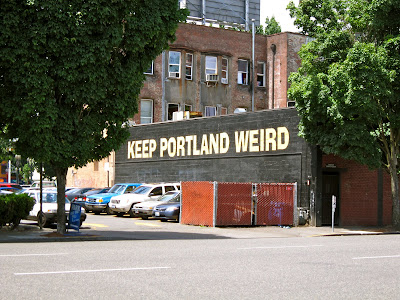 We arrived in Portland early Friday so we had lots of time to explore. No way was I going to sit in the hotel room and just think about the race. Nope. I heard great things about Portland, so I was ready for the mini vacation in addition to the race :)

Our hotel was about a 15-20 min drive to downtown Portland. The city itself was rad -- if Rev3 does have it in downtown next year, I'd highly recommend doing it -- it has that urban city feel, but with an element of nature and outdoorsy-ness, complete with people riding bikes everywhere (lots of fixies lol), colorful flowers at every street corner, as well as skyscrapers, lots of really cool bridges over the river, funky architecture, etc. Fyi, I never claimed to be a good photographer ;) 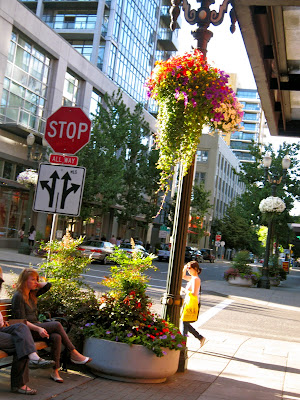 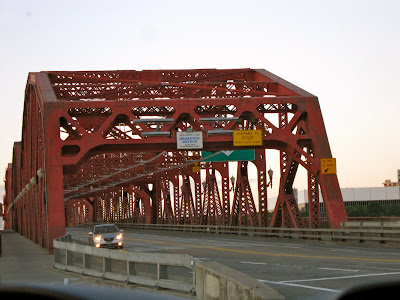 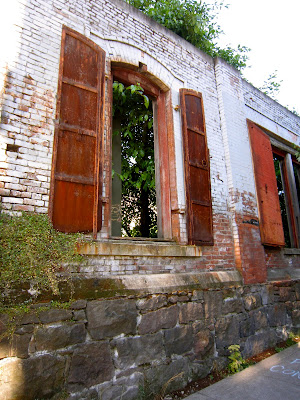 There's also a lot of good places to eat. I could spend a month just exploring the dining scene. For our first meal was a surprise treat. We stumbled on Isabel's Cantina; there's also one of these in Pacific Beach and it's a place I LOVE but haven't been to for years. "Double Happiness" anyone?

Probably the best we had was Friday night's dinner at VQ, or Veritable Quandry. This place is A MUST if you're in town. Try to get a seat on their outdoor patio. I would have been happy with any one of the menu items, which made it hard to choose. A peak at our yummy food... 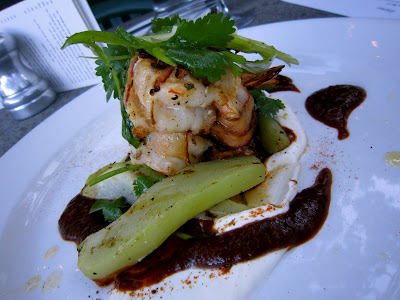 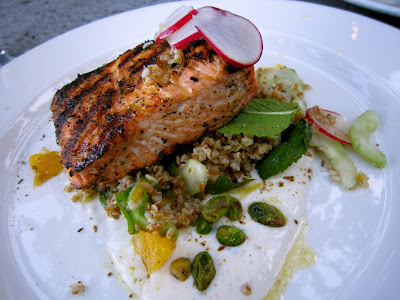 John's dish, pork tenderloin with polenta, an eggplant mixture and other tasty stuff 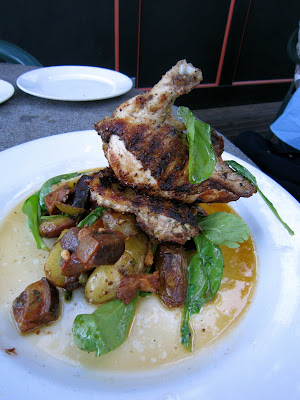 And dessert, of course, chocolate cake with ice cream and berry sauce. I'm a sucker for chocolate even pre-race. Even tried a tawny port, but I don't like that stuff so was over it. :) 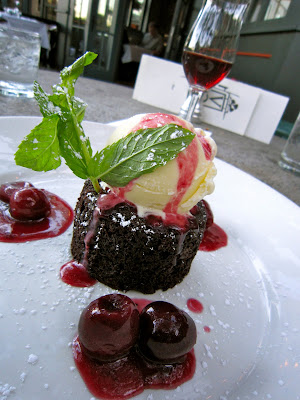 OK, I kind of got out of order here. Back up to earlier Friday. Portland is the "Rose City" so flowers are in abundance. Not only that, but there's a place called the Rose Test Gardens, basically fields of different roses. We hit it up. OK, I know what you're thinking.... "lame!" But really, it wasn't. Besides, I was tapering so any activity had to be mellow, like grandma/grandpa-style mellow ;) Best part is, we somehow turned something that could be boring into a really good time... lots of laughs. Don't ask. 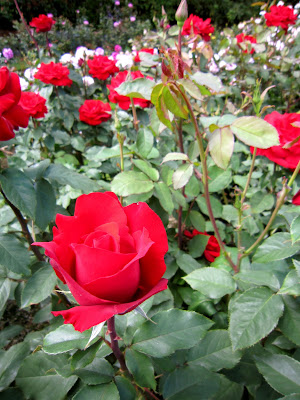 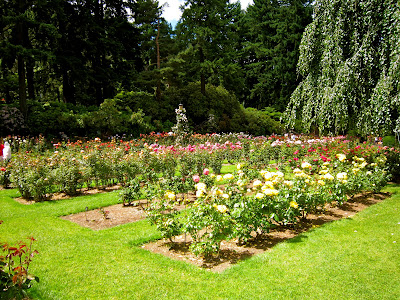 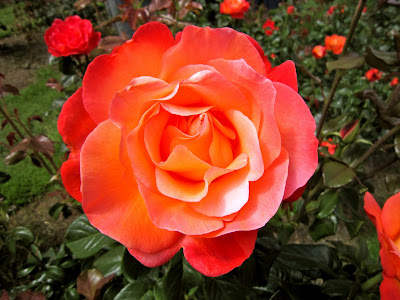 And you know how those rose lovers like to get naughty.... 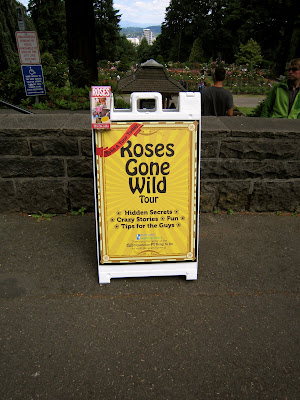 Near the rose garden there's also the Shakespeare Garden, which is a mellow little area where you can lay on the grass and just get lost in thought. So random. 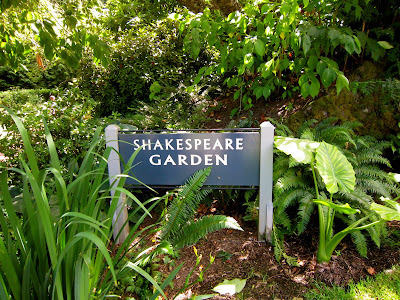 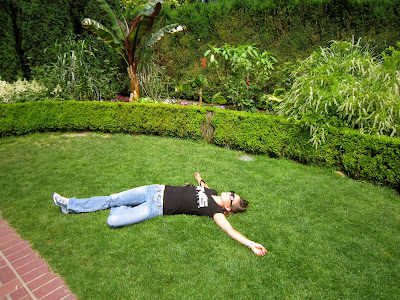 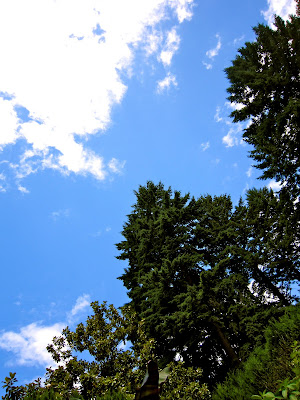 Last but not least in the area was the Japanese Botanical Gardens, which I was actually excited to see until we learned it was $10 (maybe more) per person to enter. No thanks.

Another big to-do on our list was Dechutes Brewery. John likes his beer (quality stuff, not like PBR) so hitting up this place was a must! I was totally OK with a small beer tasting as long as it wasn't the day before the race. I'm starting to appreciate good beers more. 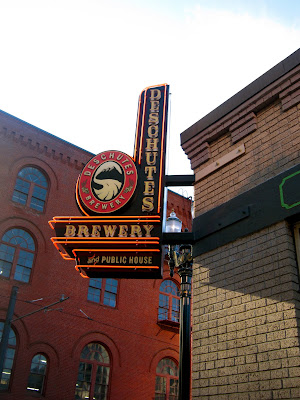 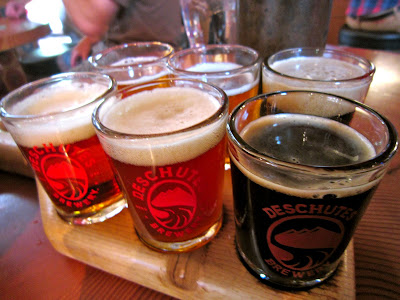 We walked off the beers and explored downtown more. Even made a stop by Voo Doo Doughnuts, but didn't buy one. Don't worry, I was NOT afraid of indulging on this trip, as is pretty apparent, but a donut at that time didn't sound appetizing at all. Still, it was cool to see the infamous VD Donuts. 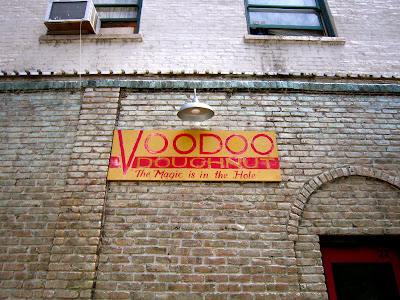 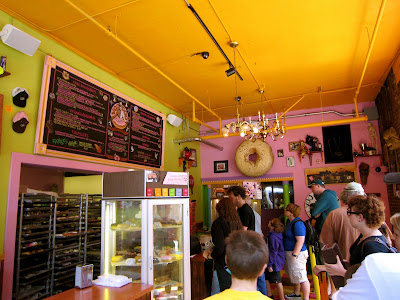 Note the vulgar shape in there... 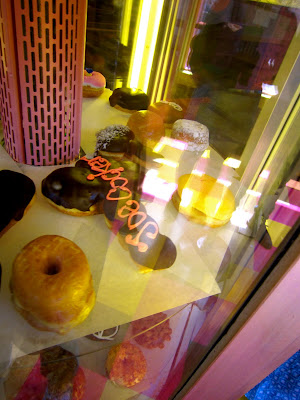 On the opposite end of the spectrum from VooDoo, there was one place we went to NUMEROUS times per my request/race needs. Yup, Whole Foods! 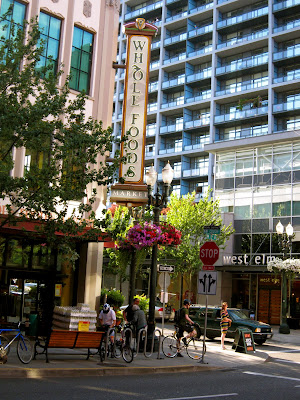 Annnnd that was just Friday. A lot!

Saturday was a lot more mellow. Went to the expo and packet pickup, did a quick bike and t-run. Met up with Ben Greenfield for the bike, which was nice chatting with him in person rather than our weekly Skype convos for the podcast. After the pre-race prep was done we went into nearby Greshem to explore and find lunch. Found a farmer's market and a healthy Whole Foods-like local market. I got a fresh-made turkey and avocado sandwich made on GF bread, it was killer! So was our view at lunch: 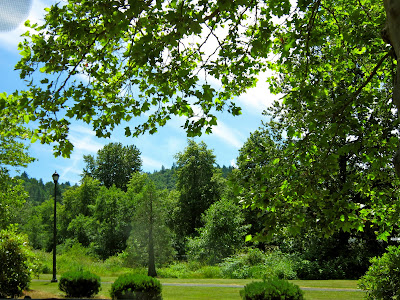 I was still not satisfied with all I'd seen in downtown Portland, so we went back. To keep it more mellow, though, we browsed through Powell's Books, which is a huge funky bookstore that takes up a whole block and is several stories. Has every book imaginable. Cool place to hang, better than the typical Border's. I found something I couldn't resist buying. I highly recommend for a good laugh. 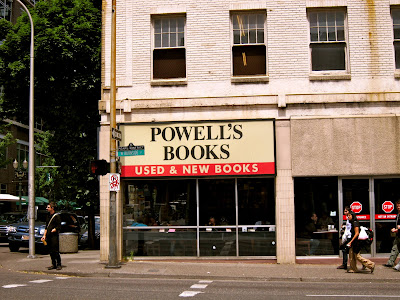 Eventually it was time for pre-race dinner. Settled on an Italian place I mentioned in the RR. It was perfect and just what I wanted.

Then time to regroup for one last night on the town. Besides my amazing post-race feast (pics on the RR, click above), I also got a special present because I'm a chocolate fiend.... 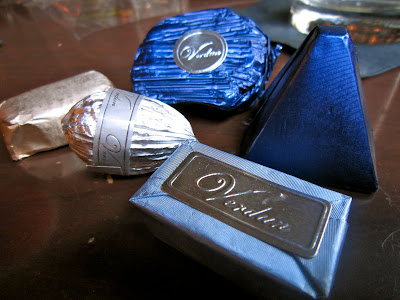 Speaking of that, I may or may not have tried a vegan chocolate cupcake. Vegan, so allowed, right? 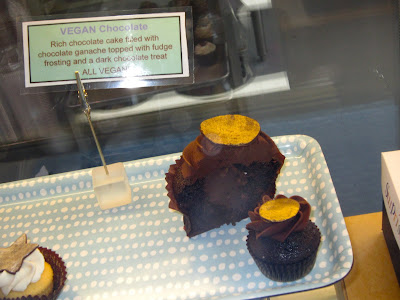