At Least There Were Pancakes

Let's start off with the good news. Pancakes ;) I woke up starving on Sunday morning, after having had a hearty GF pasta dinner and homemade brownies the night before. Must be Ironman training! I needed a big brekkie, and I've been wanting to try making pancakes with coconut flour/protein powder so that's what I did. Recipe to come. (They were good but a little on the dry side, the cure being almond butter, sauteed apples, agave, etc. lol.) 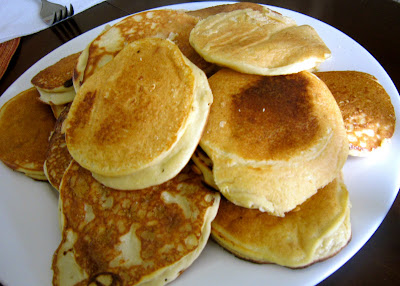 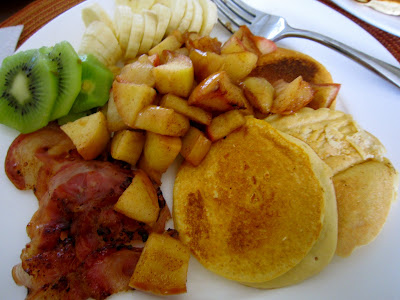 So now to the point of this blog. Another big week of training is in the books after having a legit week of rest post-Rev3. Got in the most miles ever on the bike, at 180, and quality running/swimming was on track for most the week. But despite a lot of good that went on, not all went smoothly. Lessons were learned, and what didn't kill me made me stronger.... including Sunday bloody Sunday, yes it was not my finest day, but an important one....

Everything was going as planned until Thursday, when that "little feeling" I've been having in my left shoulder at the bicep tendon was no longer just a "little feeling." Something was up. I first felt this pain after Portland Rev3, but some post-race recovery allowed it to subside. After Thursday, I took a couple days off from the pool, and then attempted my long swim on Sunday. No dice. Out of the pool after a mere 200 yds. F. I'm taking action and am optimistic that I'll get this taken care of before IMC.

Next up for Sunday was a long run. First, let me say, most weekends I swim long and run long on Saturday and ride long/t-run on Sunday. Several reasons for this, but that's for another blog. This weekend it got switched up so I'd have people to train with rather than have to do it all solo. So Saturday was a killer 85-mile ride in about 4:45 with lots of hills, mostly in the second half, trying to prepare for that IMC course OC-style! I rode with SPI Mike, and we were smashed by the end. Thankfully the T-run actually felt really good though! Only 2 miles, granted, but coming off some solid runs within the week so I was satisfied and on track.

Then to Sunday. Swim was no bueno, as I said, so I moved on, trying not to get upset. Long run next. Was planning 100-120 min. I'd be OK with only 100 because I was going to do El Moro trail, which is a HARD route and probably worth 15+ flat miles :) I got started in my neighborhood nearby and my body was cooked from the first second. I was flat in every way, legs heavy as heck.

TMI ALERT!!! Must mention: It's that time of month. (Yup, you heard right!) And that time of month came Saturday, adding even more of a full-body "blah-ness." Not to mention, I endured a little personal life stress over the week too (it's all good now, but had a couple rough days). Reason I even mention that stuff is not to make excuse but to show that all of one's life, triathlon related or not, plays a role in one's training and ability to do the workouts as planned. When other non-tri crap is going on, that could take a toll on tri life. Stress is stress.

Anyways, so I started my long run and put out extremely slow times for the first three miles, HR was not right either. It felt weird and foreign that my body could not go any faster because usually I can push through heavy legs or whatever and find my rhythm after a good warmup. This was a big red flag. I took a break to make some decisions. Continue or call it a day? Tackle El Moro or screw it? As a coach and an athlete this situation had a lot deeper meaning than simply run or don't run.

My mind was saying, "DO IT because that's what's on the plan and you have to reach the goals you set for yourself this week. You're almost there, only one more run." Meanwhile, my body was saying, "You're crazy chick. You need to chill out. Don't push it hard again.... please, have mercy on me this time."

So for another 30ish minutes the debate continued, and I sought some advice. Maybe it was the big day on Saturday, maybe it was the accumulation of the week? Whatever it was, something wasn't right. I was playing with fire.

In the end, I made a compromise: No run. Hike instead. I think that was fair. I couldn't sit inside on such a nice day and some low-intensity active recovery in the beautiful outdoors would do me well mentally and physically. I mean, how could I pass this view up? 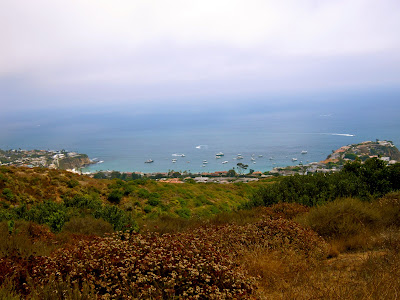 I got started on the hike, still at El Moro, and not running was a tough pill to swallow (evidenced in the facial expression below). It's my trail, baby! 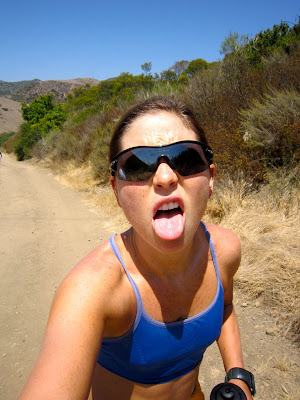 But I respected that my body was over the edge and running weak/fatigued wasn't going to do any good. It'd make me more vulnerable to an injury or something bad. That said, on the flip side, the argument could be made that I needed to "push through it" and still run even though I was tired... that's what IM training is all about, right? Well, trust me, I don't throw in the towel easily. I will push through almost anything, and I have been doing that a lot this year. But like I tell my athletes, know the difference between 1) pushing through that lazy feeling/fatigue even when you know you're totally OK to train/race VS. 2) when your body is screaming for mercy, begging for rest and warning you that something bad could happen if you ignore the signs. In my case, on Sunday, it was the latter. (Side note: possible arguments against doing sunday long runs here, but that's another debate.)

Shoot, for all I know I'll be walking some of a marathon next month, so why not get in some practice, right? haha. I still got in my share of hills too (see below). Plus, I got to introduce John to El Moro, which was fun. He hiked with me for a few miles before heading off onto his long run. Wonder if I can convince him to do the Xterra Trail Run there this December?! ;) 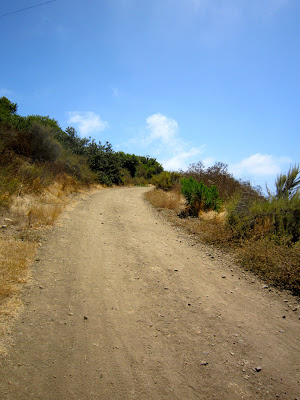 The other thing with Sunday that made it a hard day for me is that IMC is on the horizon and there's only so much more time before I have to start tapering and all major training will be done. But then I stepped back and looked at the bigger picture: I've been training well and consistently all year. One day will not make or break my Ironman.

So the take-home message here: What's the big deal if one day goes totally wrong from the plan? In the grand scheme, it won't matter a single bit. It's totally OK to miss a workout; don't feel badly about it. Move on. Now, if you're making excuses to miss workouts on a regular basis, like 1x a week or more, or you're always finding a way out of training, that's a different story. But if once in a blue moon you fail to execute what's on the plan, then so be it!

In my case, I think I became stronger from my Sunday experience. I feel that I was the smarter athlete and didn't push my body over the edge... despite really wanting to do the long run just because it's what I "had to do." I compromised and laid low. I know I'll be back for more soon enough :)

One more note: If you're following a plan or being coached and you do miss a workout, DON'T try to make up for it in the next day or so by doubling up or adding it to other workouts. You have to let it go and move on. Even if the next day is a rest day, don't sacrifice that to make up for what you missed. Chances are your coach and/or plan creator has a rhyme and reason to what you do every single day... at least, I know that's how I coach my athletes.

Now the deal with the shoulder issue and swimming, let's hope I get this sorted out soon! Like I said, at least there were pancakes....
Posted by Tawnee Prazak, M.S., CSCS at 9:40 AM