Friday was pretty hilarious. I wanted to drive the bike course a bit, and my mom and sis wanted to do a hike, so we decided John and I would drop them off to do their thing, and we'd drive a portion of the bike course, then pick them up.

Well, little did we know, my sister chose a route in the boondocks! It wasn't so bad at first... we drove out east of P-town on Green Mountain Road (great for a bike ride, btw, a long gradual uphill going out). I was navigating with my iPhone GPS, and we finally found our turnoff... a dirt road, that we'd have to drive on for a looong time. Did I mention we're in a big ol' mini van, one not meant for offroading? Thank goodness John is a race car driver and knows how to handle any kind of vehicle. Or not? ;)

See where P-town is on the first screen shot, then check out the blue dot on the next one; that's where we went. 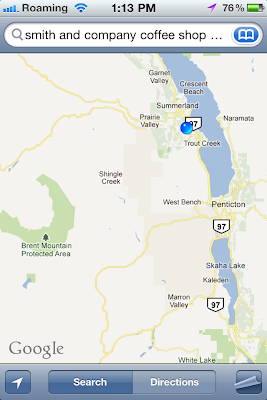 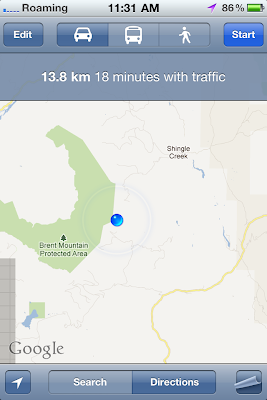 The dirt road was gnar! Miles of dry-stream ruts, rocks, rough terrain... all in a mini van?! It was so Griswald vacation-esque lol. Meanwhile, my mom and sis were starting to freak out about the potential of bears. I made the joke of, "hopefully neither of you are on your period" (Anchorman, anyone?). We finally got to a part of the dirt road that wasn't even on Google maps. Ha! In the end, the minivan offroading adventure took all afternoon, and the girls never hiked because it was kinda sketchy out there. On top of bears, it was very desolate and the bug situation was insane. They would have been eaten alive.

John moving rocks so we could pass... 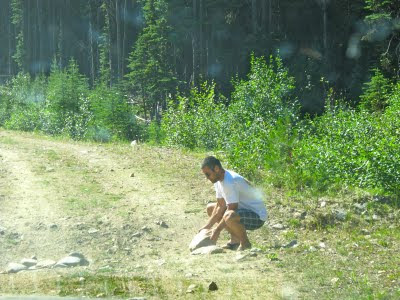 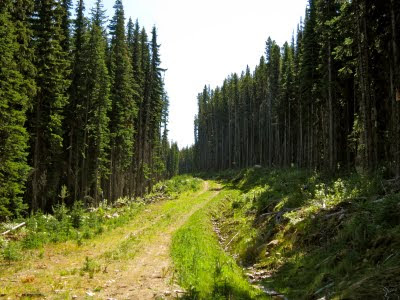 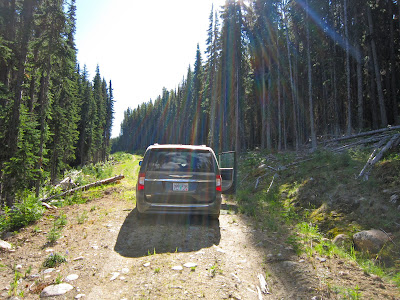 Found the trail head for their hike eventually! But.... no hike haha 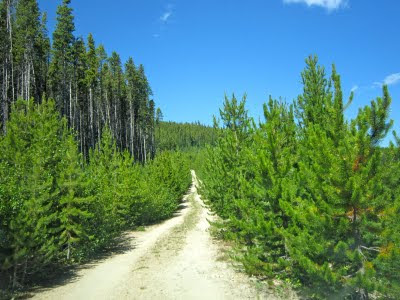 So no hike, and no course recon. But the best part? The whole adventure was a blast for all of us. Practically laughing the whole time (partly because it was funny as heck, partly because we were all a little nervous). It's those random unexpected things that make the best memories :)

Oh, there were no bears, but we did see cows. Weird... 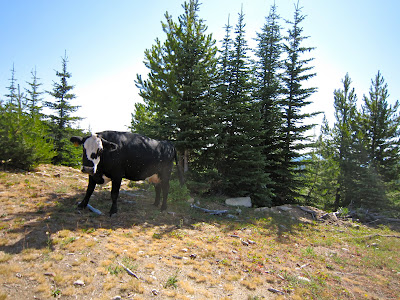 Back to P-town for a few errands. I got a real treat when I randomly ran into Kiet and Matt in Whole Foods! I love how blog world can bring together athletes from all over the place. It was really nice chatting with them for a bit. And how fitting is it that we'd meet in a place like WF ;)

After some chill time, it was time to eat again. Man, lots of eatin going on around here! We decided to ditch the athlete meeting/dinner and head to The Local again. This time we were in good company with my Mike and his wife and daughter. The food was again amazing and we chatted it up for quite a while. Good times. The rest of the night was spent putting together all my bags and whatnot. I even had to call on Ron for some help on what I needed to get together for Saturday check in vs. what I could hold onto until race morning. He, being the veteran he is, had all the answers ;) Oh yea, I saw him cruisin P-town in a baller red convertible today... rock on Ron!! Did I mention how cool it is to have blogger friends?!

It's now mid-Saturday and I'm chillin, feet up and enjoying some down time. The bike and bags are checked in, work is done, now it's just about resting, eating and enjoying my loved ones until GO time manana!!!

Oh, I also met up with Ben Greenfield in town this morning to record a short little video about my first IM for our Endurance Planet podcast. Check it out. (Btw, I give my race time predictions for swim, bike and run in there!!!) 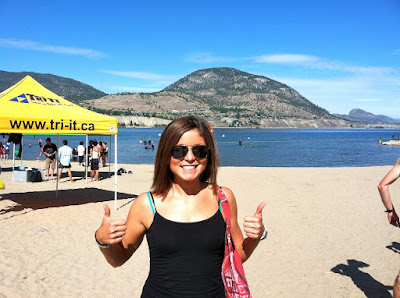