In the Driver's Seat

I have a post in the works that's ended up being a HUGE project and I can't wait to share it. It should hopefully be ready this weekend or early next week. In the meantime, though, I wanted to get in a little update on me and stuff.

I was listening to Dave Asprey on the trainer yesterday (god bless podcasts on the trainer), and he had on a lady who studied Positive Psychology -- yes, there is such a thing and you can get a master's in it. If I ever went back to school, I'd honestly consider that. Personally, I think psych is more valuable than an MBA. Who wants to argue that point with me? lol ;) Anyway, it was a great podcast (listen here) and she said something interesting regarding how much we are in control of our emotional state/being happy:

40% is genetics (the set-point theory of happiness) where nature, not nurture, is at play. We were born that way, if you will, i.e. some folks are just more grumpy by nature while others are way more light-hearted happy-go-lucky. The good news is, this is changeable if we try hard enough. 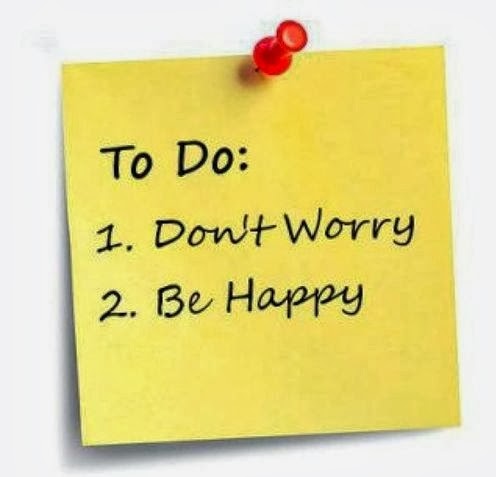 40% of our emotional state is easily IN OUR CONTROL. We are in the driver's seat here and can make a conscious choice to be happy or not. This is huge. Attitude... it really is a choice to some degree. Personally, I know there have been times where I let a bad mood hang over me like a dark cloud or have unhappy thoughts about something, and don't try to fight it. Or there are times where I do fight it in order to be happy instead. It's good to know that it is possible to overcome being unhappy simply by choosing to do so. (She also said "fake it till you make it" works as long as you believe in trying to get happy)

(Btw, yes, the numbers don't add up to 100%, but I re-listened several times and I think she flubbed or failed to mention the final 10%, or I just had trainer brain, haha!)

(An aside: The chick on the podcast also said studies show that money does buy happiness, but only up to an annual income of $66k a year  -- apparently that's enough to have the essentials covered and not cause one to overly stress about money -- but beyond that there is not a linear progression of happiness as income goes up, and it's on you to determine further happiness the richer you get. Hm.)

So the point is, there are no excuses: I will make the most of that 40% of being in control, and be happy as much as possible. The good news is, I'm also not pissed off about who my parents are or being born in SoCal in 1985, either, so I think I have that working for 10% of my emotional state, not against it. Genetically? Not sure where I stack up by nature. I know I'm not always the happiest and can dwell on the negative at times (who doesn't), but who knows. I'd have to test. And am kinda curious to do so now.

Training. I guess you can say I've finally commenced training again even though the official start date back with Lucho is not until this Saturday, Feb. 1 (duh, I have to get my body ready for him kicking my butt!). I did a Beaming cleanse Jan. 13-16, and kept it really mellow those four days, with the intention of that week being a time to really put my body/mind in a solid place before officially stringing together some consistent s/b/r. You can ready about the cleanse I did and my thoughts on cleansing/detoxing here. I got a lot of bikram yoga on that week. Too bad the gains I made are already diminishing with tri training -- s/b/r does not help bikram performance, in case you were wondering haha!

The Friday after finishing the cleanse I literally had one of the best bike rides I can remember in a long time. The watts/speed? Who knows, that's not what I'm talking about. It's all about the feeling, and in this case I was bursting with power, energy and excitement. Since then, nearly every workout is a blast. I feel like a kid again with all this. Ok, so maybe I still don't care for swimming that much, but at least I don't dread it. (That is one area where I will need Lucho to motivate me to get in the pool; not good at doing it on my own.) Tomorrow (Friday) will mark two weeks of consistency with rest, of course, incorporated, but I'm well into the first block of many good ones to come.... I can feel it.
After last week, I fell in love with running again too. I hit that turning point where it feels natural again. During all of offseason even 4-5 mile runs felt like the longest runs ever, and I just wasn't running consistently to break through. That's fine, I wasn't trying to. Last week though I had four runs, including back-to-backs on Sat/Sun: ran 10.1 miles on Saturday of rolling hills on PCH here in Laguna, and 9.2 miles on Sunday from Encinitas to Solana Beach and back. It was only like 24 or 25 miles for the week, but it was enough to get me to where I feel like I could run all day again (at MAF) and not want to stop.
For biking, I'm mostly on the trainer because I like it on there, for reals, but I've also been doing sporadic long rides with my mom, as she is training for Ironman Whistler. I'm coaching her and I try to avoid letting her do long rides alone. Part of longer IM days are all about the company and people with whom you share the journeys. Our pace is about the same right now, in fact I think a couple times and/or during certain rides she's faster. lol.  I love it. I have high hopes for her come July. That said, I've gotten in 50+ miles here and there and at first that was painful, but now it's starting to feel normal again too.
In fact, I am so in love with biking again that I even rolled out the old mountain bike, which, honestly, I haven't touched since 2012!!! Part of the reason for not riding is that the front derailleur is shot (it really is an OLD bike), and I can't get into the small chainring thus I have no granny gear, which can make for tough climbing. The other reason is that I was just kind over it after a lot of MTB in 2012 (like after conquering this), and was not feeling stoked on doing it last year. But I got the bug back, and rode last Friday (yes, with no granny gear). It was such a blast; 90+ minutes flew by in what felt like 5 seconds. Going out again tomorrow.

Hm, what else? Bullet points:


-I'm going to Colorado next week (Feb 7-11) and staying with Lucho! Can't wait. We'll be hanging out in and around Boulder and Denver, I'll probably be the DD while Lucho and John explore breweries, I may try to run if I don't die from altitude/cold, and one night we are getting treated to a homemade dinner by Biju Thomas himself -- yes, the chef and mastermind behind the Feed Zone Cookbook (along with Allen Lim of course). Biju is my bro, and I am stoked to get in on his cooking. Gluten or not, I don't care!!!

-I switched to TrainingPeaks and love it for myself and my clients.

-I'm doing more strength training right now, and absolutely LOVE being in the gym especially when I'm training my local clients. I have a really fun group.
-That said, I'm coaching more Ironman-specific athletes than ever right now (usually I have an even spread of short to long-course folks). Tahoe folks, IMAZers, Cozumel...

-I personally have some sponsors/affiliates for the 2014 season and will explain more soon!

-I'm going to buy a new triathlon bike frame soon (long story; ask me personally if you want to know the details. But I will say this is a POSITIVE thing).

-I'm obsessed with juicing. And making "juice pulp flax chips" in the dehydrator. And making/eating raw vegan cheesecake all the time.

-Last but not least, my fav picture from the month of January: