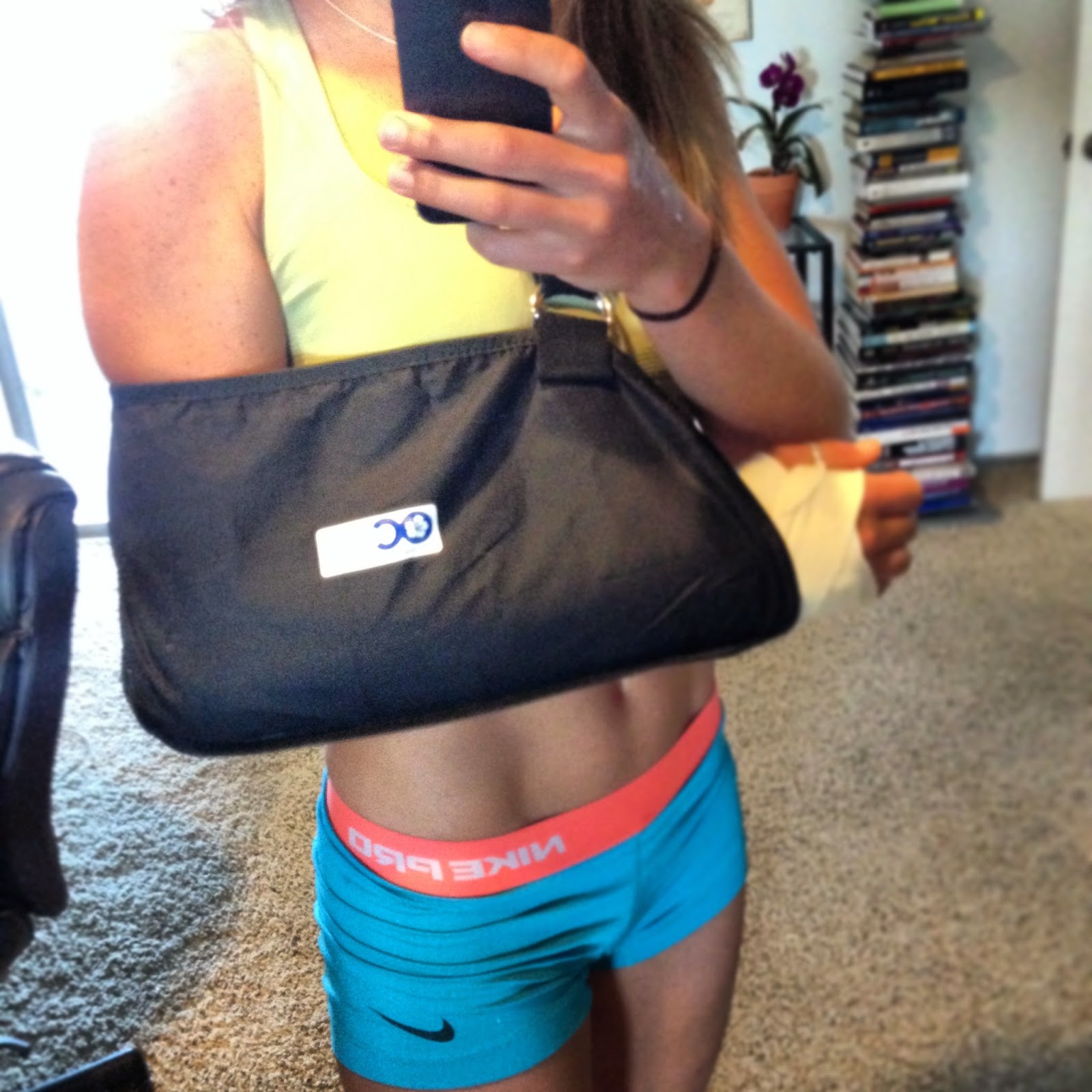 excuse any terrible grammar/editing -- i'm typing with one hand. i broke my left wrist tuesday, literally one year to the day after breaking my right wrist last year. what are the odds?! no other broken bones to my name. i've had bone density checked and i'm 100% normal/healthy. I guess just apparently May 13 is not my day to go out riding! next year i'm locking myself in a cave. this most recent break is worse, i think, or maybe its this socal heat wave causing my wrist to constantly throb (we don't have AC). speaking of the heat... my issue seems small and insignificant to all the fires that started in san diego wednesday.... heart goes out to those affected and in threat. that place is a second home for me.

so the wrist... what happened this time? well just like last year it started with an epic mother's day on sunday in which we surfed, played beach volleyball, grilled, and hung out all day. it was perfection. caught many waves and dug more spikes playing v-ball than i have in years -- getting plenty use from the wrists haha.
fast forward and tuesday i had a mountain biking modeling shoot to do in afternoon at a local trail I've ridden a million times. in fact it's the first trail i ever rode way back in 5th or 6th grade on my cool diamondback mtb lol. and it was the same trail where i did my first-ever modeling shoot way back when, 2008 i think?... remember the pic i used top have as header on this blog? that was from that first shoot, at this very trail. needless to say i am familiar with the terrain there.

i was also riding a sweet Felt 29er that I borrowed from the guys at Felt for the shoot. thankfully monday evening i got to take it out for a spin and got comfortable on it, oh and fell in love with 29ers! had a legit ride, no falls ;)

on to tuesday. we hit the trail and stopped soon in for the first shot. the photog set things up, and i was stoked. it was not a bad place for an afternoon office, even if it was 95-100 degrees (for real).

we got goin. they told me they wanted me to get huge air off this steep rocky single-track jump thingy that you had to climb up to get to, with bike on back... it was off trail and extremely advanced/sketchy. gnarly! i nailed the landing the first couple times but the last one i slipped, or something, when i landed and fell to my left... arm out, wrist extended and taking the brunt of impact.

sadly the fall wasn't that "awesome" in reality :(

the true story: the other model and i were riding in an oval-shaped lap on the trail and had to "look legit" at a certain spot that the photog would shoot (he'd only take one shot at a time; it wasn't random continuous shots being taken. i've done this style a ton in past shoots in swim, cycling and running). i was taking tight u-turns at the top of the lap because the trail was rather narrow, not a wide-open field or anything. we were plugging along with good momentum and style, and i decided to do just one more round after 10-15 "laps" already. famous last words: "just one more!" of course, it was the last lap when i fell.... so cliche. i just took the u-turn too tight and too fast and went down like a ton of bricks on my left side, yes... with arm out, wrist extended and taking the brunt of impact. i think i heard someone once say, "29ers are great but there's a longer way to the bottom if you fall." truth.

i heard a loud pop/snap/break noise. i rolled onto my back, face looking up to the sky through the trees, and i just repeated, "fuck fuck shit fuck" over and over. i felt like such a douche bag. it didnt really hurt, at first.

within 15minutes my wrist was swelling quickly so much that my once-loose watch had become tight. i couldnt move my forearm/wrist/hand/fingers w/out extreme pain and had to brace it w the right hand until we got back to cars where i iced and waited for a ride to go to get xrays. i knew the guys still had to shoot and i didnt need them to sacrifice their day to take me to hospital; since i was closest to my parents house i just called my mom, aka miss reliable. john was on standby just in case but he was farther away. the guys hung with me until my mom got me...they were super cool and they felt bad, but i think i felt worse.

the x-rays confirmed it was broken. specifically the radius. it coulda been worse so i'm thankful. it's pretty much the same thing i did last year but opposite side and somewhat worse. i had 4 doctors look at my xrays to analyze the break -- my local doc and three others across the country, each whom i know very well and trust.

i was in in an old-school splint until today and it sucked. it's also been tough to sleep with pain and heat wave. this afternoon i upgraded to a more functional Exos cast, which i'll eventually wear for swim/bike/run when i am able to exercise again. it's a cool cast with the athlete in mind. you heat it and it gets all soft, then you put it on the wrist and custom mold it while it starts to harden in the correct position. then once hard it's solid and keeps wrist totally in place and immobile.(see pics of the process below)

which brings me to training/triathlon. i have a 70.3 that's less than 4 weeks away....shit.

i reviewed my training from last year after my break and in that case i got back to it quickly -- the same week i broke it i rode the trainer and ran... 6 days later pr'd in the portland half marathon... 8 days later i swam... 2 weeks later i rode outside!... then ~8 weeks later i pr'd vineman 70.3!

but this break is worse, more painful and we agree it's a risky break where i could do more damage so i cant do anything dumb. even the all-mighty Dr. Maffetone told me no exercise for at least a few days after chatting with him and showing him the xrays.

so i am taking it one day at a time.