June 23-29:
Weekly volume: 7:16:08
Swim: 2:10, 5x (3 ocean swims)
Bike: 2:24:56, 2x
Run: 1:41:12, 3x
Strength: 1:00, 4x
Rest days: 0 (but, seriously, 2 days were a mere 10-20ish easy minutes)
.
Notes: I started last week off with recovery/rest, which I felt like I needed. I didn't want to continue on the path of accumulating fatigue without shedding it. Monday was an ocean swim with literally just 10min actual swimming with a client who was resting up for SDIT (and she ended up PRing the course by 5min and top 10 AG against tough competition). Tuesday was also rather easy, but it did include a big highlight of getting through a full mile of swimming without the brace, as well as doing "slow weights" at home throughout the days while I worked. Then, Tuesday night was an "oops" slip up. Summer around here has it's perks, and Tuesday was preview night (aka local's get crazy night) at the annual Sawdust Art Festival. It's an invite-only kind of things, not open to general public. It always ends up being a giant party with copious amounts of wine, live music and dancing, and lots of incredible arts, crafts and clothing to browse and buy on the festival grounds. I wasn't going to drink at all... but then, well... I did. Haha. That said, I think it was staying up late that had more of a negative effect than the drinking. Worth it though.

Back to training. Last week was actually pretty significant for several reasons with the wrist rehab and what I'm now able to do:

1) Strength training: I went even "heavier" and did some real lifts in the gym; relatively speaking to what the wrist can handle. Monday I did back squats again with the Olympic bar on my back and could bend my wrist that way to solidly support the weight for 3 sets. Also did some heavier deadlifts, but still less than 100lb. Tried ring rows too with success.

2) Cycling: I had my FIRST road ride in 7+ weeks!!! It felt soooo good to get back on the road again; John and I rode super early Saturday morning, ~30 miles and actually at a rather hard pace because I was ready to see what I could lay down. It felt like I didn't miss a beat, and body performed awesomely. Watts were strong. That said, riding on road made me realize I don't mind the trainer that much. I feel safe on trainer (from crazy drivers) and I get in quality rides that are clearly paying off when I hit the pavement. We had another tragic accident here recently in which a local triathlete was killed by a driver on PCH right near my house on a stretch of road that we've ridden a million times. My heart was torn for his family (he was training for his first Ironman apparently), and even though I didn't know him I feel like all the athletes are "family" to me in some way, ya know? Just so sad.

3) Swimming: Exatly 6 weeks after the wrist fracture, almost to the hour, I swam a mile set without the brace in the pool, but after ~1.5k I was feeling like I still wasn't 100 percent strong in the fracture area, and that mile was my max for the day based on feel. But recovery was quick and the next day we swam a mile in the ocean. That actual felt better than the pool, even in choppier water. Times, you ask? Time shmime... least of my concerns right now, folks, lol. I'll be ready to race, but I gotta let go of swim time and just focus on moving forward. I'm just happy I read that Vineman swim WILL happen and the water levels are fine. If it is wetsuit legal I'm going with a sleeveless. Really liking the sleeveless over full-length arm.

....So when you look at those three things, well, that's a pretty solid week on the training front of progress. I ended the week with a hard run Sunday morning that included a little tempo and also 10 X 1:00 intervals of  sub-7:00 pace on flats as well as a few done on short steep hills. I probably should have eaten a bit more prior, but I started early and I didn't want too much right before and risk upsetting my gut. I got hungry though so halfway through I had banana and that saved the effort.

The highlight (and possibly the most random thing ever) of the run was meeting fellow blogger/triathlete friend Kiet, who I've never met in person but have known for years via social media... you know how that goes. He was staying with friends literally less than a 1/2 mile from where I live, and he recognized me as I ran by (and he was just finishing his run; us triathletes all alike haha). We had a great chat. Made me wish I had a training partner like him around :)


When I got home I was hangry. Ended up doing one of my eggs/avocado/veggie bowls cooked in liberal amounts of butter "on crack" by adding in bacon, more banana, coconut, almonds and cashews. It was this interesting sweet/savory thing that hit the spot. I was a lucky gal, as John had made bacon while I was running and I came home to 4 pieces waiting for me. Done.

Other than that? Work was again busy as heck and I can't even tell you how many hours I spent on the phone/skype for athlete calls, podcasts, etc, but man was it all good stuff. HRV stayed in mid-70s to 80s last week with no big drops. We babysat and I wasn't "too tired" to hand with a soon-to-be 8-year-old. However, I finished Sunday run feeling like I had pushed myself to what I feel is my current "that's enough" threshold for then needing to step back and rest. Little signs clue me off to just chill because I know nothing quality will come of more working out unless the recovery happens. So this Monday (yesterday) was a full day off, and Tuesday (so far) is TBD.

In other news, it's test time! I get blood taken today and am doing a series of three other tests this week. It's been a while, but it's time to get some new results. Bloodwork is getting done via a local naturopath I am starting to work with (she is incredible and finally I've found a doctor who is on the same page as me), and the other three tests are being run via NourishBalanceThrive.com; if you're curious about those tests you can see them here. It's so great to be able to do these few tests remotely from the comfort of home -- saves so much time and still getting amazing testing done! More details to come on that and some exciting news on how I'll be sharing some of my results.


Last but not least, treats: 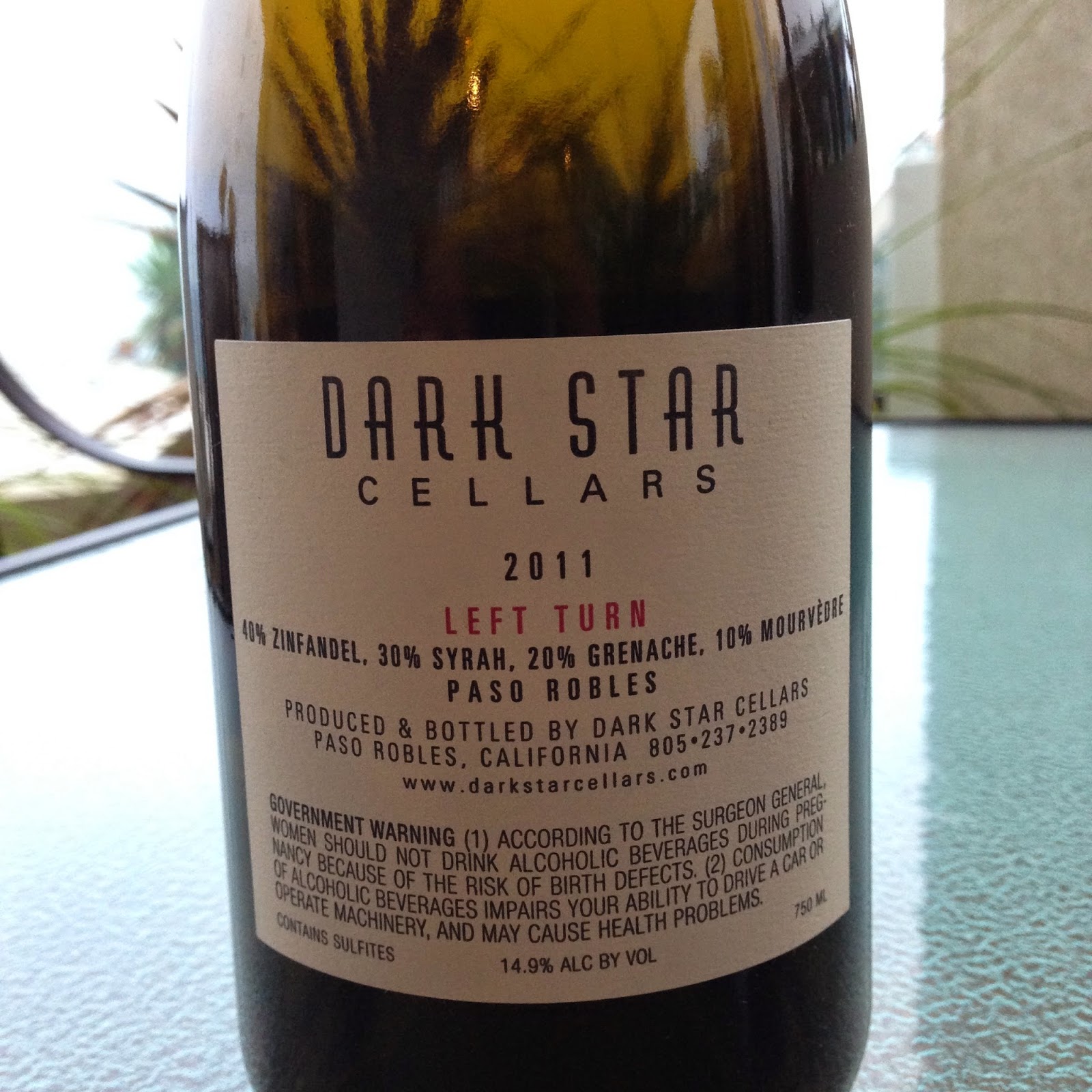 More wine. Arguably not as healthy as the snack above, but just as delicious so I had to share. A great red blend from one of our favorite wineries in Paso Robles, Dark Star. If you ever get a chance, pick one up, you won't be disappointed.