This was probably the best "recovery" day ever. I was planning on taking it easy given my hard training week with a nice hard weekend--Sat: 80 miles biking/T-run, Sun: 14-mile run--but that didn't happen. I ended up getting in a different kind of triathlon today: biking, surfing and running!

The day started off with an easy bike down the street to the Laguna Hills Half Marathon where I checked out the racers (well, I actually was a little late to see most runners... I slept in, enjoyed a leisurely breakfast...what!?). I mainly went down to hang out with my good friends at their Juice Plus booth at the expo. What a fun group.
In the pic below, the woman on the left, Jacke, just got finished doing a 3-day 150-mile moutain bike ride/tour through Moab, Utah. She's gnarly on a mountain bike and leads a local group called the Trail Angels. I don't even think I could hang with her. In the middle is her daughter-in-law and one of my best best friends of many years, Marcai. As you can see Marcai is very pregnant, and I've come to the conclusion that her little boy (due in July) is going to be a triathlete. Since I'm not planning of having kids anytime soon, I can mess with my friends' kids. Ha ha. 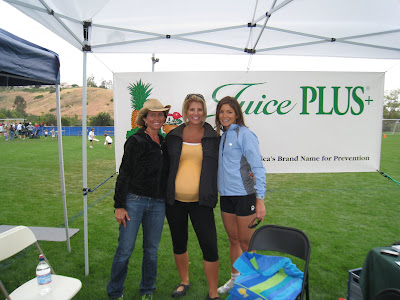 After spending a couple hours with them, I took the long way home on my bike to get a little mileage in. Felt good to spin out the legs. When I got home, my dad had the van packed up and he, my mom and I jetted down to San Onofre to go surfing. I haven't surfed since last August-ish, so I was super excited to get out and see if I could still do it. I used to be quite the surfer chick back in the day. Thankfully, today was a PERFECT day to be at the beach! That's me getting ready with my trusty 9'0" Becker and stalling pulling up my wetsuit (putting on a surf wetsuit sucks compared tri suits). 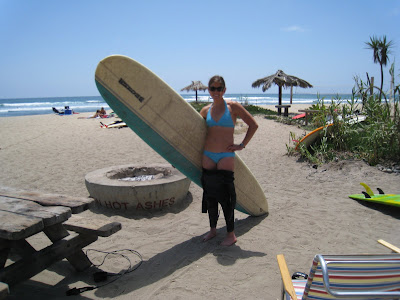 Surfing was absolutely amazing. Call it luck, but I caught so many waves that I lost count! Maybe all my swimming is paying off in other ways because I was taking off on wave after wave like it was nothing. Such a blast! Even though my "style" was a little rusty, I couldn't have asked for a better first session back. I'm going again soon!! The best part - no sharks and no fear of sharks... despite knowing there are sightings at San-O 24/7, including last weekend when an 8-foot Great White breached by Dogpatch. Eeekk!
After the surf sess, the family fun continued. It's weird, I live at home but I rarely see my parents, especially my dad who works his butt off, so it was nice spending time with them rather than the typical "See you later!" as I run out the door. Anyways, we felt bad that Sydney missed out on the San-O action, so we took her on a run. The parents beach cruisered it and I ran with Syd. Once again, an unexpected workout, but totally mellow and enjoyable. 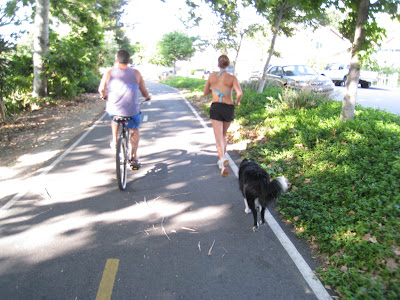 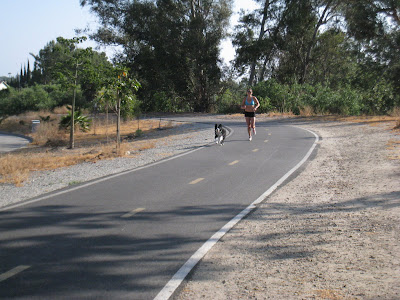 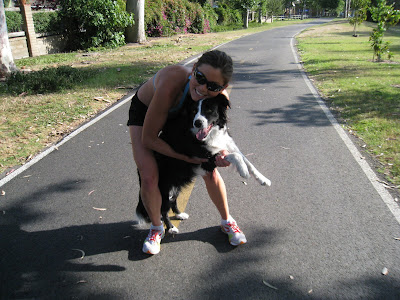 To top off an amazing day, for dinner we cooked up fresh Mahi-Mahi tacos, homemade guac and a bunch of other good stuff, inlcuding one of these: 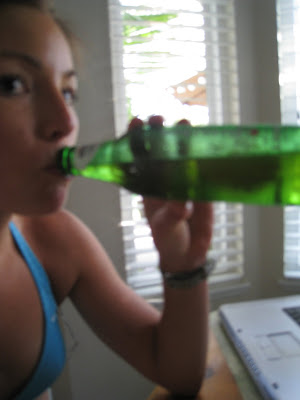