An edge-of-your-seat riveting tale of an SBR weekend

OK, I'm being totally sarcastic with that post title ;) But, oh snap! Two blogs in one day!? Some kinda record over here. This one's a follow up on a couple posts back where I mentioned my first real Ironman-specific training weekend. Well, it happened, and it rocked, all 8+ hours of it!!! Maybe you will find it to be a riveting tell, who knows...

Got started in the morning for the swim/run brick. I did the swim first and had one heck of a 1800 main set with barely any rest. The swim went well and I surprised myself after having felt pretty crappy the day before (it ended up being an off day minus a beach cruiser session with my dog).

Right after swimming, I quickly changed and headed out for a 2-hour run; only my second 2-hr run of the year. Oh, side note: by "starting in the morning" I mean I got my ass in the pool at 9:30 a.m., which means the run started just after 10:30 a.m., which means I was running in a major heat wave! ouch! It was about 90 degrees, and I was running on unshaded black asphalt, so it was H.O.T. I drank about 3 bottles during and even succumbed to wearing a fuel belt sorta thing (I'm not a big fan of those in most cases) to ensure decent hydration. The run route I planned was bo-ring, but it allowed me to make a pitstop for a water refill at my pool. I also had no music, so it was a lot of random thoughts... like, "there is that same dog poop again" or "how come there are no hot guys running on this trail?"

My goal for the run was to keep it LSD/Z2 (low HR) and a consistent pace of ~8:15 miles give or take 20 seconds... No need to burn myself with higher intensities on my first-ever 8-hr weekend. I ended up negative-splitting, which is always a good thing. I think it was because I was ready to get out of the heat and go home to make a mega Vitamix smoothie. Wish granted: 1:56 later, 14 miles in the bank... 30 miles for the week. Post-run treat: Some sort of sweet potato/vanilla whey ice cream-ish smoothie I threw together. It was like heaven in my mouth.

Speaking of good eats, I was really happy with how great I felt Saturday, and I attribute it to dining at my favorite restaurant the night before, True Foods Kitchen. I documented a taste of some of the fare (starting with my favorite dish there, the flourless chocolate cake. If you've seen a similar picture from me that's because I get that dessert every time, lol): 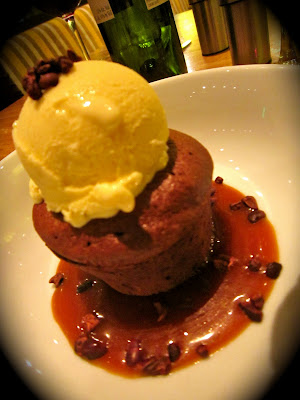 Salmon with quinoa, beet and salad 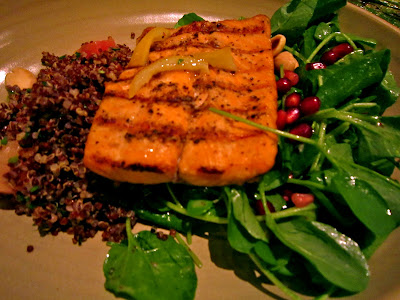 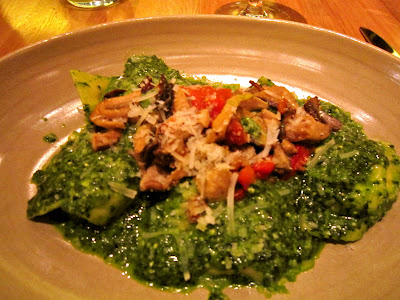 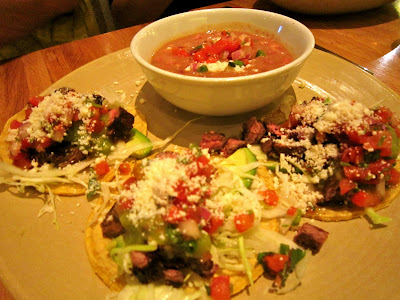 And of course some red 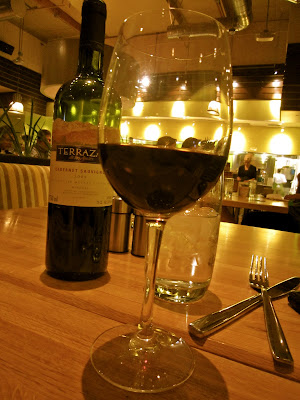 On to Sunday... I went to bed excited for the bike, and I woke up excited. I even got started on time!

My first hour included a lot of local hills near Saddleback Mountain. I stuck close to my area, as I was meeting a friend nearby at 9 a.m. (an hour into my adventure). The first hour went by in a flash, although it was a little daunting to say, "I still have 4 more." Still, I was mentally ready for it.

Hours 2 & 3 were probably the easiest of all because I had a partner to yap with (girl talk, tri talk -- the usual), and the route was pretty much all flat. We rode to Laguna Beach then up PCH to Newport than back into Irvine. We separated there, and at that point I had no plan as to where to go. I kinda had to pee and could use a bottle refill, so I decided to go "the long way" and head back to my gym in Laguna Beach. The winds had picked up by then and were blowing onshore, thus I was riding into them heading west. I just kept saying, "tailwind on the way back and nice scenery in the meantime!"

At the gym I was, as usual, greeted with a warm welcome despite being crusty in sweat, salt and street grit and looking like hell (they expect that from me). I did my thing and was off a few minutes later to enjoy the tailwind on the 133 (Laguna Canyon Road), one of my favorite stretches of road to ride on in OC. At that point I think I was 4 hours in. I felt really good and still pumped EXCEPT for any time I hit a headwind. No doubt the winds were getting worse, and that was harder to endure than any hill in my opinion. I hate going 13-14 mph on a flat section and pushing well over 200 watts.

The last hour was similar to my first, meaning back on the local hills. Surprisingly (and a good thing) my highest average power was in the last hour of riding. Sweet! My goal was to not hammer the ride from the get-go being that it was my first-ever 5-hour ride, and I wanted to hold a consistent pace and/or go harder as the ride went on. I achieved that.

All in all: call it 86 miles in 5 hours, which I'm pleased with given the LSD effort I put forth. Plus, I know I'd be faster if I took away all the pointless slow downs/stops for traffic lights, etc. But alas that's inevitable in OC if I choose to leave from my doorstep.

Speaking of that, I find it funny that I know the streets and area so well in OC that I can perfectly plan a 5-hour ride that starts and ends at my doorstep without even mapping it out. I had estimated I'd cover 80-85 miles, so I was pretty spot-on with that too. My dad particularly impressed with how well I know the distances of streets and things around home haha.

--
Next up? I've been pretty busy and a little more fatigued this week, so hopefully I haven't dug myself too deep with the training I've done (it's been conservative, trust me) because I'm VERY excited for another big weekend similar to this past one with a special guest on Sunday's ride (yay)!

Then major recovery, actually forced recovery. I get my wisdom teeth out on Tuesday so I'll be down for a few days. In fact, this is my second set of wisdom teeth being removed! Yes folks, I'm a freak of nature and had more wisdom teeth grow back after getting all four removed 10 years ago. Stupid body ;) At least they're baby ones: 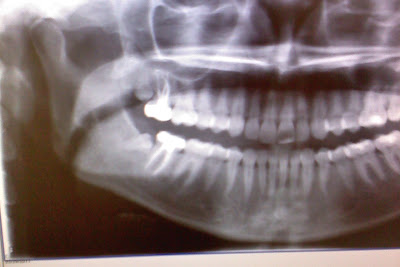