Turn up the Heat... and the Coconut?

I have three blog posts in the works, but alas real life has taken over since Oceanside and I haven't had much time to put into blogs that require thinking and effort, nor will I in the near future probably. Devastating, I know ;) But good news for the contest winners... I was able to track down Nick this week and I got the Ignis goods, so shipments go out tomorrow!

Anyways, how about a quick & easy blog.

It's gearing up to be a HOT & SUNNY weekend here in Southern California. Temps near the 90s! Yowza! I've chosen to put in some quality Ironman training starting bright and early vs. doing two little races mostly because I shouldn't be dropping $200+ on C-level races that will take a combined total time of under two hours. I'm on a budget, and some of these race-entry fees are ridiculous if you ask me! Thus, IM training it is, and there are several essentials to make sure I execute things well:


GU + GU Electrolyte Tabs
Eating GU gels and chomps is a given, but the GU Electrolyte Tabs are now necessary during exercise, especially because I sweat A LOT! To be honest, I don't care for most sports drinks out there not because they taste bad but because, for me, water is the most "satisfying" drink during training an racing. Thus, the GU Electrolyte Tab is subtle enough in flavor so I get my refreshing water taste, but with the added benefit of tons of electrolytes. (Granted, depending on the situation, I will have sports drinks to prevent something like hyponatremia, but generally I find I do just fine with water plus the GU Tabs.) Just keep in mind: The Gu Tabs are low in calories,10 cals per tab, so they aren't even a factor in my calorie needs--that's where GU gels & Chomps and other stuff, like my homemade bars and other treats, come into play. 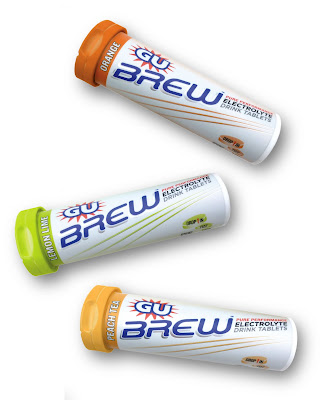 ZOOT Compression
Not the funnest things to put on when it's hot out or when you're exhausted from training, especially the pants, but well worth it -- I think! 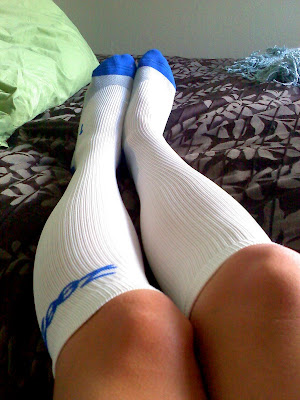 SCAPE
This one's a given. The pic below is from an old shipment... think I've blown through all that by now and am on my last bottle of 50 SPF. (To my buds at SCAPE, help!!! haha) 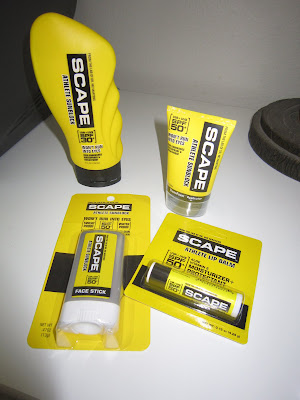 A.R.T., Massage and Chiro
This is where I go. Vince and Marci are a husband and wife duo who know their ish! They're athletes too, and I love them. They keep my body working well (I found Vince when I was injured last year, and he's been huge with my recovery!). Just got back from ART this afternoon to work out the kinks/prep for the fun weekend ahead, and I'll follow up with a massage next week!

Now a couple silly ones...

Anything with COCONUT
I think 2011 is the year of the coconut for me. I use it in so many things now on the daily: Coconut creamer for coffee, coconut oil for cooking/baking, coconut milk, coconut shreds in lots of stuff, coconut water... and the list goes on and on. Back in Kona, I discovered Coconut M&Ms, and although yummy, nutritionally they're not the best. But eureka! Yesterday I found coconut-infused dark chocolate at Henry's. Quality dark chocolate with added coconut and no junky preservatives and crap? Heavenly! Oh and one more coconut love: Last week I made HEAB's coconut cornbread, which lasted about 2.5 days lol. Time to bake another batch for the weekend! 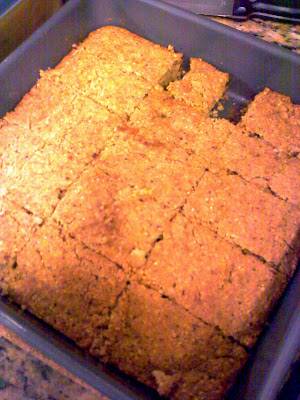 Race Tracking & Mindless TV
When I'm tired from training, I can only do so much work/school crap and then I just need to gel out with something on TV, a movie or simply watch Twitter/social media feeds (uh, j/k on that last one... sorta lol). Thankfully, last weekend was epic with good race coverage, which also served to spice up my Saturday night spent solo at home ;) We had the ITU WCS opener in Syndey (live on Universal Sports), coverage of Ironman South Africa (although, I only made it until the beginning of the bike before sleep) and, as icing on the cake, one of my favorite movies, American Flyers, was on TV, a classic! Then Sunday it was Galveston 70.3. Looking forward to more of that this weekend with NOLA 70.3.

Also, in terms of the mindless TV, I will admit, living at home with a mom in charge of the remote control has caused me to get sucked into American Idol this season. I've never watched or paid attention to a whole season EVER, but this go-around I'm very impressed by the singers on the show so I'm willing to give the show a few minutes of my time ;) That one country guy with the mega voice is incredible; but even better, he looks exactly like this old-school cartoon dude: 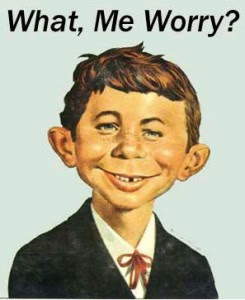