Ride with the Felt Guys & Some

I'll admit, I was a little nervous when I woke up Tuesday morning, all in anticipation of noon. I was invited by the guys who work at Felt headquarters to go on their lunchtime ride with them. Sweet! But, a bunch of guys...who work for a leading bicycle company - could I hang?? It was worth giving it a shot! Come Tuesday, part of me was afraid if I'd be recovered enough to hang on - Sunday I did a 72-mile ride with 6,000 feet of climbing (fast Carol was with me for about 35 miles, great ride) followed by a T-run, had a Monday long run and swam 3,000 yds just hours before the Felt ride. But, thankfully, the ride went great!!


But first, how did little ol' nothing me even get invited on this ride? Kind of random... I've been having problems with my Bayonet system making terrible creaking noises and coming loose. Numerous trips to various bike shops, and the problem still wasn't getting fixed. Frustrating! So, I called Jim Felt, and he was super willing to help. I love that guy, so nice!! He had me go straight over to Felt, which happens to be conveniently located a few minutes from my house in Irvine - no joke, like a 10 minute bike ride away. See.... 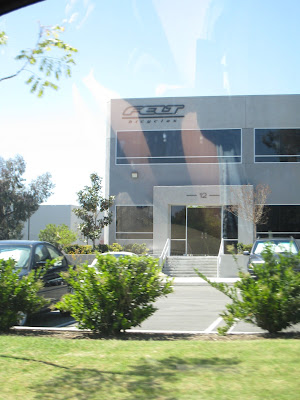 I met with Felt's senior design engineer Jeff, who was so awesome. Together, he and I took apart the Bayonet piece by piece to find the problem(s). Well, he took it apart and I watched intensely. Sure enough, he found a couple areas where it wasn't assembled correctly, and he corrected the problems. I'm happy to report after about 175 miles of riding since that meeting (last Tuesday), there is no noise and the Bayonet is as tight as can be! It's a complicated system, no doubt, and it just needs to be built correctly.


NOW, I really want to make this point: If anyone is considering a Felt bike, don't let this story have you questioning the quality of Felt bikes and/or the Bayonet. My B2R is an amazing bike and I'm proud to own it. Now that it's dialed in correctly, it's virtually flawless. Not to mention, I've gotten top-of-the-line customer service! Jim Felt runs an excellent business and puts out quality products. How many people (i.e. non-pro, average cyclists) can call up the founder/owner of their bike company and have him bend over backwards to make sure things are OK, and then get to hang out and ride with the guys who freakin designed your bike? Just plain awesome. Inside the Bayonet... 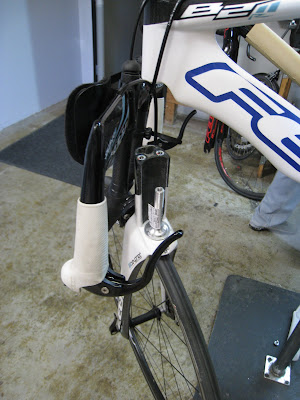 Onto the ride... Anyways, Jim mentioned the guys do lunchtime rides, so I brought up the topic to Jeff and some of the other guys working in the back while the Bayonet was getting fixed, and they totally invited me to join. Of course I accepted the offer! (In my head, though, I was thinking...they'll leave me in the dust.)


So Tuesday I raced home from class, did a quick change and rode over to Felt. A group of us took off, and I was all smiles. Call me lame, but being along on their ride was pretty special for me. The best part, I was totally cool with the pace they were going. No problems keeping up, but I'm sure it was just an easy effort for them. They took me on their Shady Canyon loop in Irvine, which is definitely a ride I'll be doing a lot more of - some rolling hills and partly on a bike trail so minimal lights. Meanwhile, it was great chatting it up with the Felt guys. I mostly rode next to one of the design engineers, Ty, who clearly is an amazing cyclist and super enthusiastic, he just raced in the Dana Point Grand Prix over the weekend and knows his stuff! These guys have dream jobs in my opinion! I definitely plan on sneaking over there during lunchtime a lot more in the future.


I was going to write about a couple other random things that have happened to me in the last week, but I'm exhausted. It's almost 10 p.m., and I haven't stopped since I woke up at 4:30. What a day: Swim, bike, run, morning/night classes and some other stuff...man, I'm beat!